This morning, as I was sitting in the parking lot of my daughter’s daycare waiting for my carpool to arrive, I watched the sun come up.  Dawn is always a powerful time for me.  She is liminal in that space each day, opening the way from he darkness into the light.  She rekindles my spirit each morning as I watch her dance over the horizon to smile at the earth.

It is especially powerful to follow the progression of the sunrise and sunset.  As the days get longer and then shorter and then longer and then shorter, there is something magical in that.  It seems to happen so quickly, and yet not quickly at all.  There is normally less than a minute difference each day, and yet suddenly it seems like we’re waking up and going to work in the dark, and coming home as the sun is setting.  There is something powerful about that shifting balance between light and dark, about the Dawn herself.  Something powerful about knowing that even liminality is liminal and always shifting. 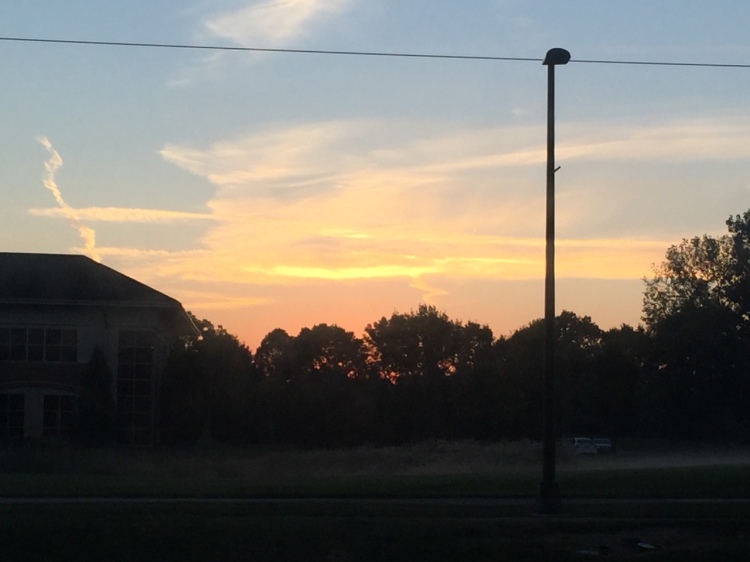 Dawn on the morning of the Autumn Equinox

The sun peeks her head above the horizon
On this day where the world hangs in balance.
Liminal in time and day,
A moment of transition where even liminality is in flux.
The dawn comes, never failing,
Even when the cycle shifts to darkness.
Blessed are the children of Earth
With Her to greet them each morning
No matter the day.
Blessed are the children of Earth,
Especially today as we mark
the beginning of the darkness
Yet still greeted with Her light.

So, Thom and I closed on our house this week.  First time homeowners, yeah!  It’s a been a crazy ride, and we’re so happy and excited.  To prepare of the move, I’ve had to think about how I wanted to handle some of the religious and spiritual things.  I wanted to do something to mark the “claiming of the land” or similar.  Something to say “this is our new home” in the context of my path.  What I eventually decided on, after much deliberation and feeling at a loss for words, was to douse all of my flames the night before, and then light them again at the new house.  My hearth flame would be the first thing across the threshold.

I currently am the tender for the Hellenic Kin’s flame in ADF.  So, I didn’t want to douse that one formally since it belongs to the wider community, so I gave it into the care of MJD (complete with prayer to say), who is keeping it for a few days for me until we’re settled.  The rest of my flames I lit Monday evening.  Called to Hestia as I always do, and made offerings.  I said how I’d be extinguishing the Fires here, and how I looked forward to rekindling them in our new home.  Then I doused them all in the water I had purified earlier in the ritual.

It was really weird to have a night in that liminal space, without the fires of my hearth.  Even weirder was to wake up the next morning and not have a fire as I did my morning devotional.  After we signed all the paperwork and got the keys, Thom and I drove over to our new home. 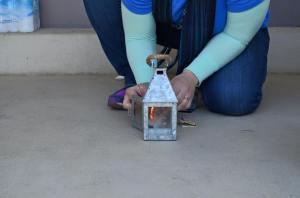 I called out to Hestia and kindled her flame on the front porch. 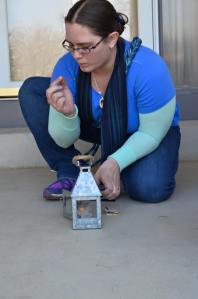 Then I walked, lantern in hand, across the threshold, and brought the Fire into our home.  It was powerful.  I walked the flame through each room of the house, inviting Hestia to warm and brighten each space for all those who live or visit there.  I called out to the Agathos Daimons, the house spirits, and made offerings to them.  I let them know that we’d be living there with them, and to be welcome around my Fire, and that I’d make good offerings to them. 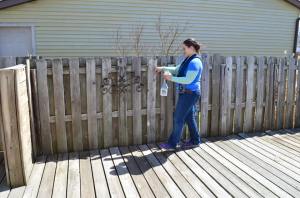 I then walked the perimeter of the property with the lantern and with barley.  I called out to the spirits of the land and made offerings as I walked.  I invited them to stay and be welcomed by my Fire, but also let them know that if they chose to leave their would be no hard feelings, and they should feel free to disperse. 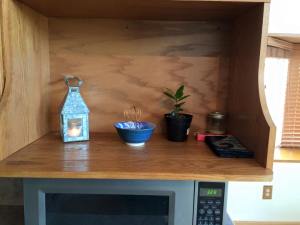 Then I went into the kitchen, to the place I had already chosen would be the household altar, and set up my simple flame, well, and tree/omphalos.  I thanked Hestia for joining me in this new home and thanked the spirits of the house and the land for listening to my words.  I let them know more offerings and prayers would be forthcoming through then coming days and months, and that I looked forward to building a relationship with them.

It was a very powerful experience.  Moving from the light of my home, to the darkness of between, and then back into the light at our new home.  We’d done a couple walk throughs during the process of buying, and so we were familiar with the layout and everything.  But it was amazing, the way the addition of my hearth goddess and her flame, and introducing myself to the spirits there really made that big empty house feel like home.